Decoupling Love and Marriage; Destruction of The Family via Individualism – MGTOW

Posted on November 3, 2019 by moonbasemgtow 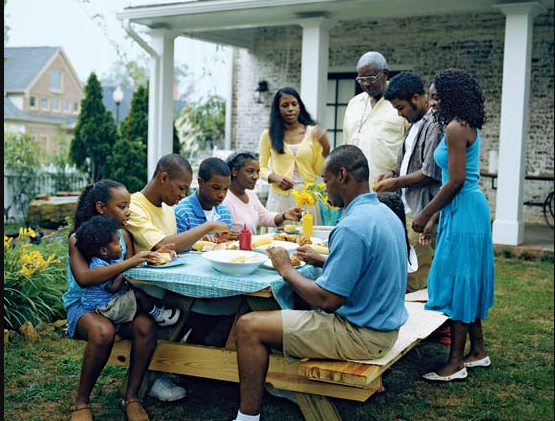 It should have been around 23 years old when I realized the exhaustiveness of the dating and family world.

Not only was I meant to generate a high enough income to support the 4+ children I wanted to have with a stay at home wife, but I also realized there were just way too many women to choose from, especially after becoming friends with English speaking girls around the world.

It was then that I appreciated the benefits of an arranged marriage. The choice would be made for me, and I would happily accept it, because the choice would not be arbitrarily made out of “love”, but for the duty of family.

Marriage was a stronger institution back then. It was controlled by the father, who was the head of the family, and the young couple could be a bridge to unite families. The right marriage could even form powerful alliances between kingdoms and nations.

But that’s all lost for now, all because of love.

Dowry and bride prices,, which are gifts awarded to the bride or her family, by the groom or the parents of the married couple, aren’t paid out anymore, and less parental involvement means less risk and incentive incurred for the family by the practice of marriage.

A man and woman who decide to get married today are completely on their own, which is in line with this new manufacturing of the nuclear family, and if that marriage fails, either by death or divorce, there is little to no security for the couple.

Especially in the case of divorce, where the husband bears most of the responsibility through alimony, child support, and even legal fees, despite our advancements in gender equality.

Events like these were foreseen and paid for in advance in ancient times.

As women were not usually recipients of inheritance, a husband was sometimes not even legally permitted to access the dowry account of his wife. In turn, bride prices could also be refunded back to the groom from the bride’s family if the marriage dissolved.

Love still existed back then; it just had to be paid for in advance.

The practice of marriage today persists on love and faith alone. In other words, marriage and families are financed on credit.

The family used to be the most basic unit of society.

As most of the rights were granted to the father, they functioned like small governments, and with enough resources as land owning farmers, they were completely self-sufficient.

But what interests me the most was this alliance between families, as well as fathers being intent on passing down their family name through having male successors.

But with the proliferation of feminism and individualism, there appears to be less emphasis on family. The State is quite content with the individual being the basic unit of society as a wage just needs to be earned for taxable income, and low birth rates will be circumvented through immigration.

If we still had extended families, we could completely do away with welfare, even public education.

But I believe the incentive for breaking extended family units apart into smaller families is to extract more opportunity for consumerism. Now families need a separate house, car, food, and utilities for each branch of the family instead of one big shared home that reduces costs by combining resources and dividing the labor.

The State wants to keep the family isolated, even willing to reduce it down to a single parent household, even though the children of such upbringings are more likely to have developmental problems that brings down the overall quality of the society with increased statistical likelihood of drug use and crime.

I believe this destruction of the family must be sought after via greed for either money or power, because as stated earlier, a large family can be quite self-sufficient, not participating as heavily in the economy as the nuclear family, and as they function as their own small governments, the larger a family becomes, they could even rival the power of the main government.

Case in point: The Medici family of Italy.

What Should Be Done? How Do I Feel About It?

I believe the easiest way to restore society would be to restore the family, but I am unsure how to personally get involved with that.

When I look at my family, I don’t see anything close to the seeds of a powerful political family developing among us, especially since I was also not treated like I was truly meant to be a propagator of the family name and prince heir to the throne.

In fact, my grandfather’s family name only has six male descendants, and three of them appear to be MGTOW.

I am considering changing my last name, either to fully embrace individualism or out of spite because I romanticize the family customs of old.

I could participate more within my family and intend to repair this societal dysfunction by making an extension and start my own family, but there just aren’t any legal or social protections for me to keep my assets under my control.

Even if I were to avoid marriage through the State, children are very often considered property of the mother, and women, the voting majority, function more like the real wives of the State.

The answer to all our modern problems may not be to revert to traditionalism. For instance, more families would mean more increases to the population, and I believe we already have enough to have our fun for now on planet Earth. We could truly skip a generation.

A sophisticated modern solution is going to require a complete adoption of individualism but must also be savvy enough to be a step ahead of society and challenge the powers that be.

I believe that solution right now is MGTOW.

At the very least, since the losses of society seem to be socialized, it is vital not to continue contributing to the growth of the welfare state (i.e. do not create more single mothers).

MGTOW men would also be able to amass personal wealth by not diverting their assets through marriage and parenthood.

The only action left would be to somehow get these men to combine their power to challenge the current institutions of authority.

In an individualist society, organization like this doesn’t seem likely. But the alternative, marriages secured by nothing but love and faith alone, and family legacies that vanish within vacuums, will slowly lose its appeal.

More men will go their own way. Will they work together, though? That’s a question for another day.

But with 30% of children belonging to single-parent families, our old concepts of love, marriage, and family, are very close to being dead.

See you on the Far Side – Monk Moon Base

Thanks for reading! I’d love having your feedback, and if you enjoyed this content, please consider

Not only does it provide you security with Tor browsing and built-in ad, script, and tracker blockers, but you also help build an ad-free future that pays you in crypto-currency for your attention, and not distraction: https://brave.com/moo427

← Vegeta and Bulma are like Kim Kardashian and Kanye West
The Way of The Sword: Part I →